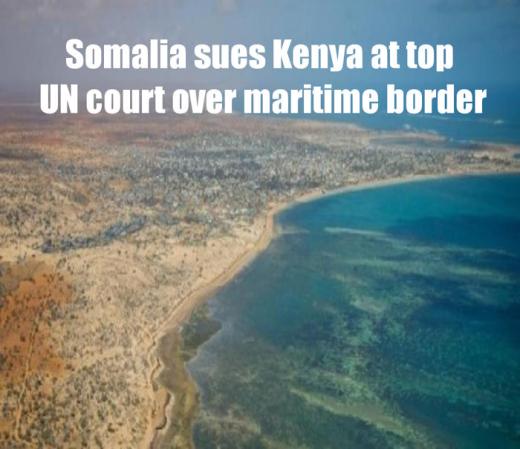 The Hague – Somalia took its maritime border dispute with Kenya to the United Nations’ top court on Thursday, which could decide the fate of potentially lucrative oil and gas reserves off east Africa.

The dispute has been simmering for years, keeping investors away because of the lack of legal clarity over who owns potential offshore oil and gas reserves.

The internationally-backed government in Mogadishu is seeking to claw back authority over Somalia’s territorial waters, including the area bordering Kenya that is potentially rich in oil and gas deposits.

Kenya, which has had troops in southern Somalia since 2011, first as an invading force and then as part of an African Union peacekeeping force, lays claim to a triangle of water stretching for more than 100,000 square kilometres (40,000 square miles) that Mogadishu also claims.

Nairobi has already awarded exploration contracts to international firms despite the legal uncertainty.

“Somalia requests the court ‘to determine, on the basis of international law, the complete course of the single maritime boundary dividing all the maritime areas appertaining to Somalia and to Kenya in the Indian Ocean’,” the International Court of Justice (ICJ) said in a statement.

Somalia, which lies to the north of Kenya, wants the maritime border to continue along the line of the land border, to the southeast.

Kenya however wants the sea border to go in a straight line east, giving it more sea territory.

Both countries have recognised the court’s jurisdiction, the ICJ said, a prerequisite for cases there to continue.

“Diplomatic negotiations, in which their respective views have been fully exchanged, have failed to resolve this disagreement,” the ICJ quoted Somalia as saying in its application.

Cases at the Hague-based court can take years.

Established in 1945, the ICJ is the UN’s highest judicial body and the only one of five principal UN bodies not located in New York.

President Uhuru Kenyatta has criticised the international community for doing little to support Kenya’s fight against terrorism. a

He said the country is increasingly feeling isolated by other nations-which he did not mention-in the fight against terror and even accused them of supporting extremists through their issuance on travel advisories.

“We do feel like the World is not doing enough to support us in confronting the challenges that we face,” Uhuru said in an interview aired by CNN yesterday.

The President was referring to the ongoing fight against Islamic extremism that has been the cause of heightened terror activity in Kenya responsible for dozens of attacks.

Al Qaeda-linked Al Shabaab has specifically been the single largest security threat for the country, to which Uhuru said his Government had ‘tremendously increased investment in the security sector’ to mitigate.

Several countries including the US have issued travel advisories asking their citizens to avoid Kenya owing to the rising terror threat.

“They do not necessarily hurt us but give encouragement to the very same people that we want to defeat,” President Kenyatta said.

He said the World rallied behind the US when it was a target and fails to understand why it should be any different for Kenya. In Somalia where Amisom forces are fighting Al Shabaab, the President said: “we need support from the international community to support the forces and the Somalia Government to reduce their area of operation.”

He defended the growing ties with China, saying Kenya is only looking for a “partner who is going to give us the best deal for growth”

The importing of khat, a leafy drug, to Somalia has soared highly ever since the drug was banned from being imported to the United Kingdom several weeks ago, as reported by khat chewers and dealers.

The khat leaves, which are illegal in many countries, are commonly consumed in Somalia , Djibouti and Yemen. The leaves are imported mainly from Kenya and Ethiopia into Somalia by planes to different parts of the country. “Before the ban imposed by the United Kingdom three to four planes used to land at Mogadishu’s airport carrying khat, they would come from Kenya. However, after the ban the number of planes delivering the drug have reached ten” a khat dealer in Mogadishu said.

The khat leaves reach the country far and wide, as around twenty-two to twenty-five planes arrive daily to deliver and distribute the drug to major cities such as Hargeisa, Kismayo, Bosaso and Baidoa, whereas border towns receive the drug by cars who deliver it from neighboring countries.

The increased influx of khat into the country combined with banning of the drug in Al-Shabaab controlled territories has left dealers at loss whereby they’re forced to significantly lower the price of the leaves which are for sale in government controlled areas. “Khat is banned in Al-Shabaab areas, anyone found carrying the leaves will have his vehicle and the leaves burned. This has led us to lose out on a lot of profit to be made as we are forced to sell the leaves at a lowered down price in the government held areas” said Sa’id Ga’amey, a local khat dealer.

The significant drop in the price of khat in Mogadishu has also had an adverse effect on society and brought with it an increase of health, social and financial problems. According to experts millions of dollars are spent monthly on khat by addicts in Somalia, with the hardest hit addicts being Somali soldiers who spend most of their money on khat. Families and households are also some of the most affected, with the breadwinners in the family often becoming addicted, spending extravagantly on the drug, leaving the family with little to survive on.

“The drop in the price of khat has only increased the problems for the populace, many families are suffering now as many providers of families are addicted and spend their money on khat, instead of their children’s food, upbringing and education” said a Mogadishu based female activist. “Our country has become the dump yard of other nations, expired medicine, food and banned drugs are all imported and sold openly. It’s destroying our society, and we urge the Somali government to take measures to prevent the import of such items” she added.

There has lately also been an increasing call by civil organizations, activists and Somali diaspora communities for khat to be banned in Somalia, however these calls have fallen on deaf ears, considering that a large number of khat consumers are Somali government soldiers and officials themselves, with khat dealers and traders being some of the most powerful individuals who profit from their trade.

If the Kenyan government is to be believed, tourist arrivals are down a little bit on last year. Hotel operators tell a different story, speaking of a crisis rather than a decline. It’s a potentially devastating blow for Kenya’s economy. For this, Kenyan has got Al Shabaab and an increasingly misguided invasion of Somalia to thank. By SIMON ALLISON.

There was some bad news this week for Kenya’s tourism industry, a vital driver of the country’s $41 billion economy (the Economist estimates that tourism provides up to 15% of GDP).

According to the state-run Kenya Tourism Board (KTB), international arrivals for the first five months of the year are down 4%, from 398,000 in 2013 to 381,000 in 2014. In other words, 17,000 less people have opted to travel to Kenya this year, largely as a result of travel warnings issued against Kenya by the UK, US and other western nations.

But this news is not bad enough, apparently. In a scathing attack, one of the country’s major hotel chains accused the government of grossly misrepresenting the figures. Headed “4% DROP IN TOURISM! WE MUST BE JOKING!”, the statement from Rosemary Mugambi, head of sales and marketing for TPS Eastern Africa, which operates the Serena group of hotels, did not pull any punches.

“When we come across such statements which are not in touch with reality on the ground, we wonder if KTB and the Kenya tourism industry ‘live in the same Kenya’,” said Mugambi. She argues that the 2013 figures were already a 30% drop on the 2012 figures, and that the situation was even worse in 2014.

According to the company’s own statistics, tourism this year was already 30-50% down in Kenya’s coastal regions, and 20% down in its safari parks. “WHEN ONE DOES NOT ACCEPT THERE IS A PROBLEM – ONE NEVER SEEKS SOLUTIONS,” concluded Mugambi, the frustrated caps all hers.

Whatever the real numbers – and anecdotal evidence from Mombasa’s empty hotel rooms and Lamu’s deserted beaches suggest that Mugambi and TPS are closer to the mark than the government, which has plenty of incentive to gloss over the negative results – it’s obvious that Kenya has a serious problem. Tourism is in freefall, and its collapse will cost thousands of jobs and make it almost impossible for the Kenyan economy to grow.

So why are tourists avoiding Kenya?

The immediate problem is those travel warnings. “There is a high threat from terrorism, including kidnapping. The main threat comes from extremists linked to Al Shabaab, a militant group that has carried out attacks in Kenya in response to Kenya’s military intervention in Somalia,” says the advisory from Britain’s Foreign and Commonwealth Office, which advises against all but essential travel to certain parts of Kenya, including the popular coastal areas. The US, France and Australia have issued similar warnings. In response, British charter companies have cancelled package holidays to Kenya, and even evacuated holidaymakers already in Kenya when the FCO advisory was issued in May.

Of course, governments don’t take such drastic steps lightly, and Kenya must confront the reality that it has become a more dangerous place in the past few years – and not just for tourists. Media reports both inside and outside the country have been dominated by alleged Al Shabaab attacks, from the spectacular (such as the Westgate siege, which left 69 people dead) to the seemingly mundane (the grenade attacks that target bus stops and other busy urban areas with depressing regularity).

Al Shabaab wants Kenya to get out of Somalia, and with good reason. Although the Kenyan invasion has not succeeded in defeating the Islamist militant group militarily, it has pushed it out of several major towns (including the lucrative port city of Kismayo)) and in general made life difficult for the militants. The Kenyans are also helping to prop up the transitional government based in Mogadishu, which Al Shabaab is seeking to overthrow.

Kenyans, meanwhile, might feel aggrieved that the military intervention – which was explicitly aimed at preventing terrorist attacks on Kenyan soil – has in fact achieved the opposite, only serving to increase the danger to ordinary Kenyans. And it’s not just Al Shabaab, either; long-standing tribal tensions and land ownership disputes have also fuelled recent violence.

None of this makes for an attractive tourist destination. Aware of this, the Kenyan government has tried to take measures to soften the blow on hotels and tour operators. One major initiative is to encourage domestic tourism, through giving tax breaks to companies that pay for their employees’ holidays. This, however, has yet to gain traction as companies wait and see when and how it will be implemented.

Other government decisions seem to compound the problem, however. One good example of this is the recent decision to slap visa restrictions onto South African citizens, making it very expensive and time-consuming for South Africans to obtain a Kenyan visa. This will discourage thousands of potential holidaymakers who might not be put off by Kenya’s bad international reputation. Instead, South Africans looking for an East African fix are more likely to head to nearby Zanzibar.

Not that tax breaks and regulatory incentives are going to solve this particular problem, however. As long as bombs, grenades and gunmen continue to mar Kenya’s idyllic beaches and historic cities, the tourists will stay away. To get them back, Kenya is going to have to figure out a way to stop the attacks. This time, preferably – and unlike the ill-fated invasion of Somalia – the solution shouldn’t encourage even more violence. DM 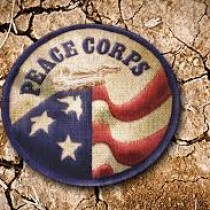 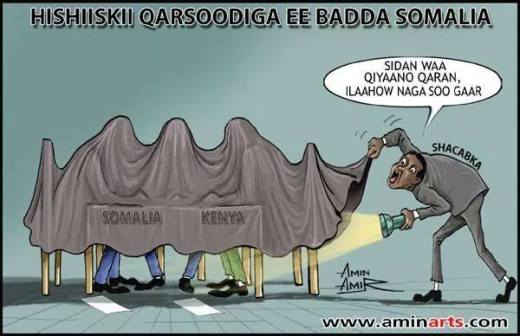 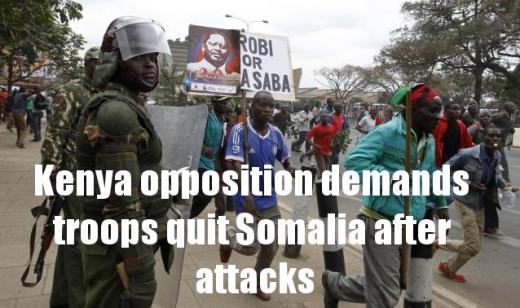 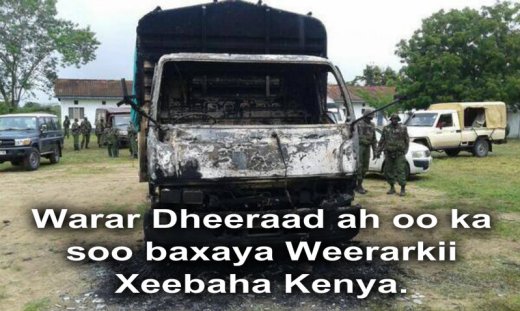