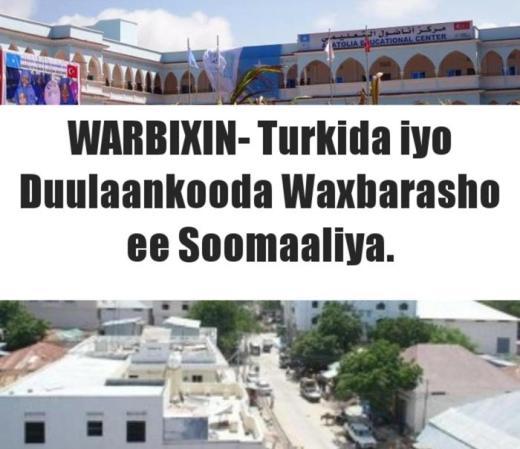 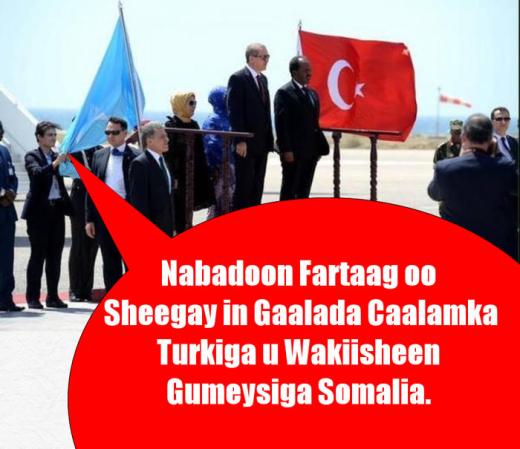 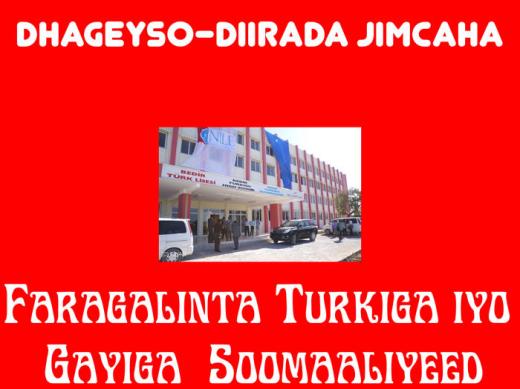 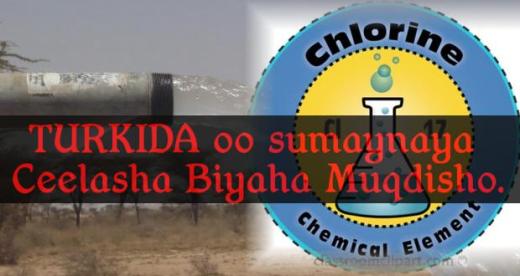 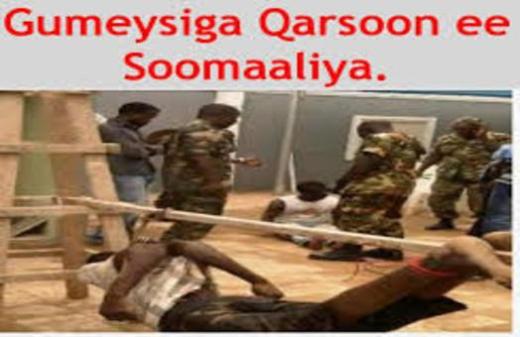 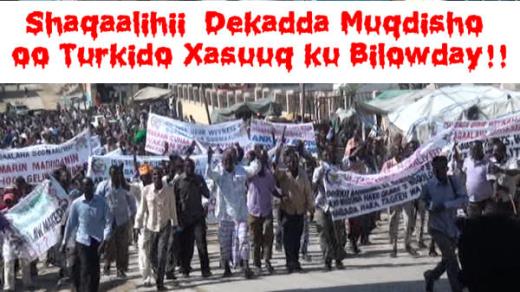 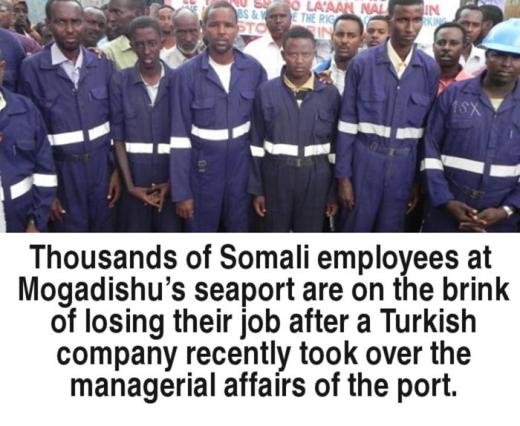 Thousands of Somali employees at Mogadishu’s seaport are on the brink of losing their job after a Turkish company recently took over the managerial affairs of the port.

This comes after the Turkish Albayrak company entered into an agreement with the Somali government late last year after signing a contract to reconstruct, modernize and develop the seaport while in return managing it for twenty years to come.

Angered by the news that more than 90% of them would be fired, the Somali employees protested out of anger at the seaport, demanding that the decision be re-considered. “The Turkish company has told us that it will fire 5180 out of the 5530 Somali employees working at the docks. This will threaten their livelihood and only source of income” said Mohamed Osman Haji, head of the Union for Somali Employees. “If the Turkish company and Somali government go ahead with this decision they’ll be putting these Somali youth in a predicament, many whom will leave the country through smuggling routes or die trying, whilst others will immerse themselves in illegal activities” he further added.

In recent years the Somali government has been signing contracts with foreign companies, who’d bring their employees into Somalia, whilst government positions were mostly appointed to Somalis from the diaspora community, causing the anger of many locals claiming to have been sidelined and marginalized, feeling alienated in their own country. 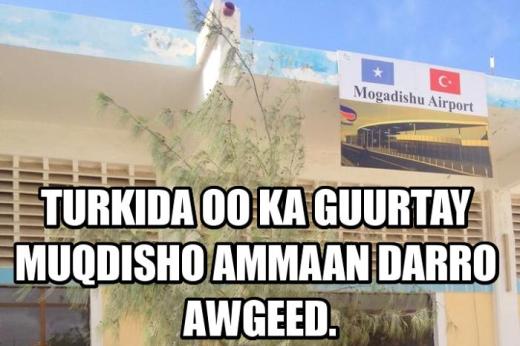 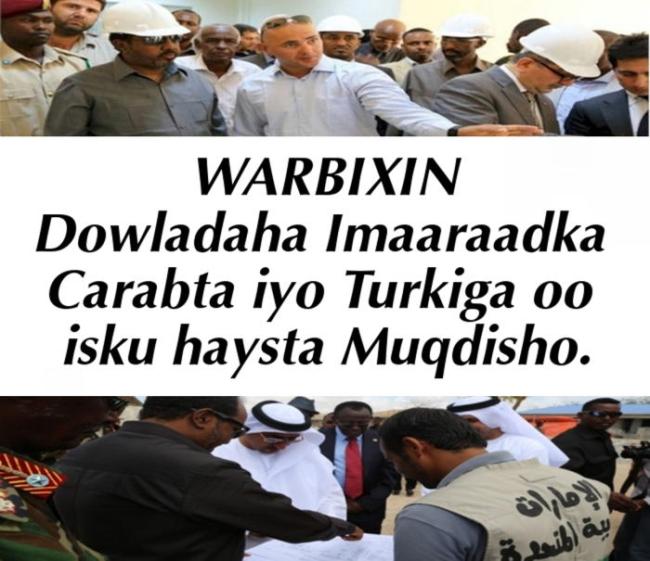 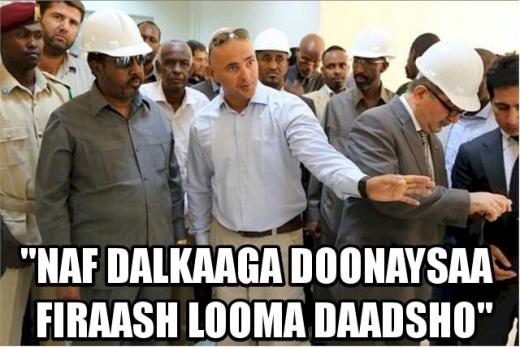 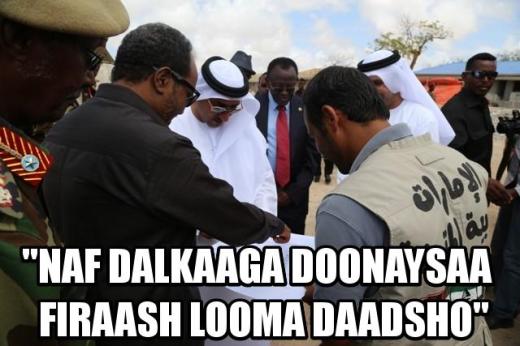 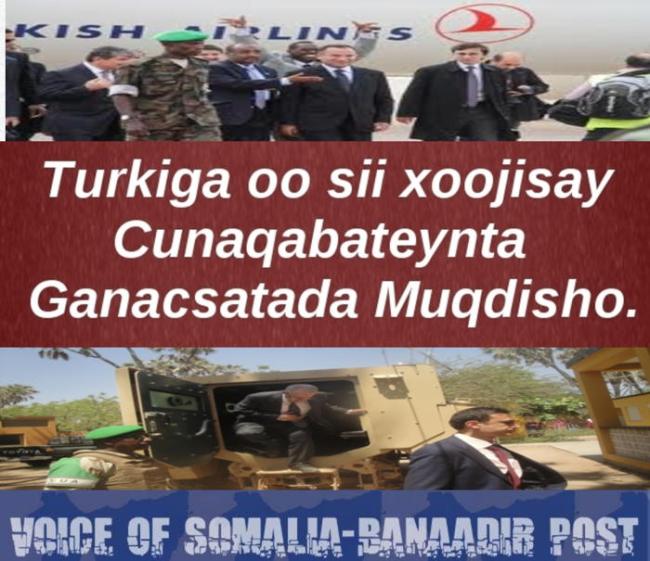 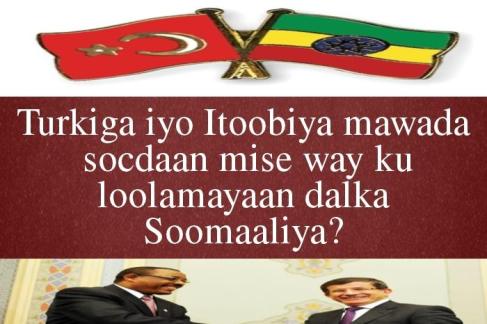 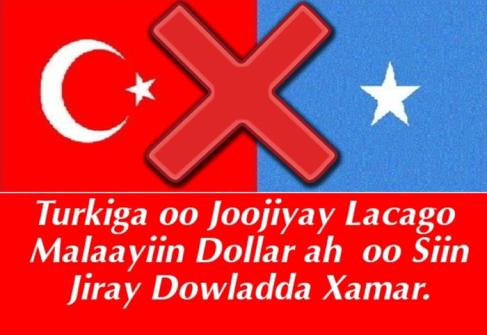 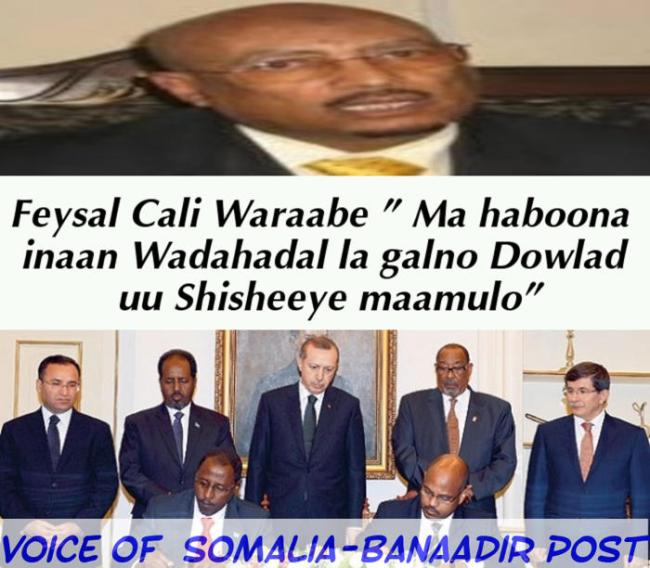 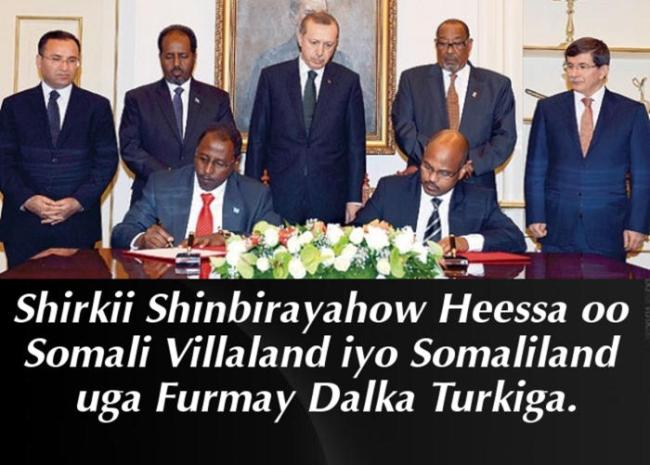 A wide-ranging corruption scandal has engulfed the highest levels of the Turkish government.

Prime Minister Recep Tayyip Erdogan has reshuffled his cabinet, and replaced 10 ministers, after the three who were implicated in the scandal resigned.

Erdogan had long ago announced that the cabinet was due for a reshuffle. But it has not stopped talk of a deepening crisis at the heart of the government – one that the prime minister is failing to control.

If the resignations had come just after the probe started they would have been more meaningful .… There is an impression among the society that actually what we have seen is the tip of the iceberg. People think there is more to the story. 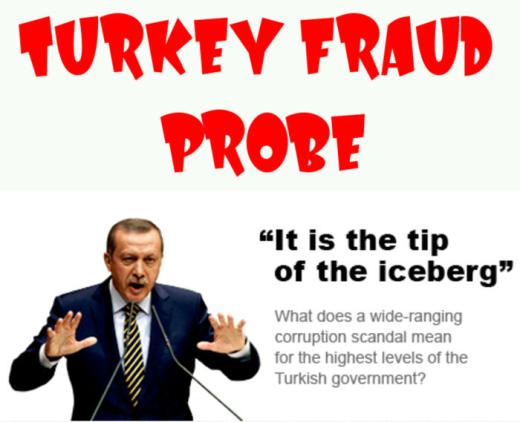 But Erdogan insists his government is clean, and has dismissed the corruption allegations as being part of a conspiracy. He insists the probe is politically motivated and backed by international interests.

“The reason our party has been successful, the reason we took the helm and we have been ruling the country for 11 years, is because of our honesty, our commitment to the country and our determination to fight against corruption,” he said.

He added that his AK Party does not overlook nor tolerate corruption and should it do that, it would be removing its “raison d’etre”.

But that message did not satisfy many people in Istanbul. Instead, they held protests in parts of the city where they were met with tear gas and water cannon, when riot police tried to disperse the crowds.

The corruption case is seen as part of an escalating feud between Erdogan and a former ally Fethullah Gulen, the leader of a religious and social movement known for its network of schools in more than 140 countries.

In Turkey, Gulen followers serve in institutions that include the police, the judiciary, the media, even the AK party itself.

And the party has benefited from its relationship with Gulen – who backed its members to three successive election victories. But the relationship did not last.

The rift seems to stretch back to a Gulenist prosecutor who tried to question the head of Turkey’s national intelligence agency – one of Erdogan’s allies. And more recently, the prime minister’s decision to shut down Gulen-run schools was seen as a provocation.

So, what does the current crisis mean for Erdogan as he and his AK Party struggle for their political lives? Is the prime minister addressing the corruption issue effectively, and is he wrong to blame the present crisis on an international plot?

To discuss this, Inside Story presenter Dareen Abughaida is joined by guests: Yavuz Baydar, a columnist with Today’s Zaman, Turkey’s English language newspaper; Ozgur Unluhisarc?kl?, the Ankara office director of the German Marshall Fund; and Galip Dalay, a researcher at the SETA Foundation in Turkey.

“It does not have to be an international plot … The main perception among columnists in Turkey is that none of these people see this as a corruption case per se. It is like [a] politically-motivated corruption case.”

Galip Dalay, a researcher at the SETA Foundation in Turkey 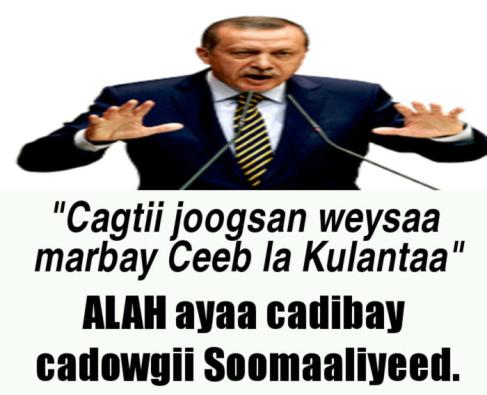 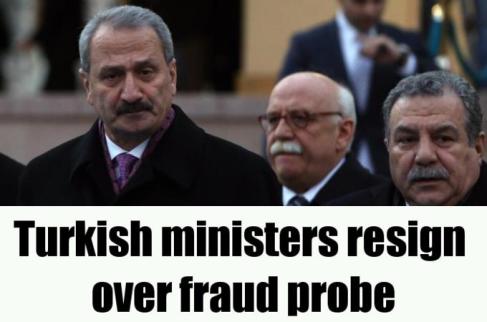 Three Turkish ministers have resigned over a high-level corruption crackdown in which the sons of three cabinet ministers and renowned businessmen were arrested.

Turkey has been shaken by three sensational corruption investigations last week that led to dozens of detentions and 24 arrests of people ranging from influential business leaders to senior bureaucrats and the ministers’ sons.

Caglayan’s son Salih Kaan Caglayan, Guler’s son Baris Guler and Bayraktar’s Oguz Bayraktar were among those arrested in the sweep, which Recep Tayyip Erdogan, Turkey’s prime minister, called a “dirty operation”  to smear his administration and undermine the country’s progress.

Erdogan Bayraktar, talking to Turkish television NTV on Wednesday, said that he was resigning his seat in the parliament along with his position in the cabinet.

He also criticised the government for putting pressure on him to step down, in exchange calling for Erdogan’s resignation.

“I am stepping down as minister and MP.. I believe the prime minister should also resign,” he said.

Caglayan announced his resignation in a written statement on Wednesday morning, calling the investigations a “dirty set up” against Turkey and the ruling Justice and Development Party (AKP).

Rejecting any wrongdoing during his time, he said that he was resigning in order to disrupt what he calls a “set up”. 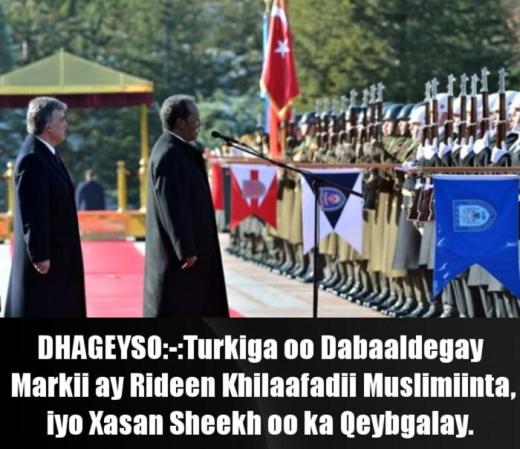 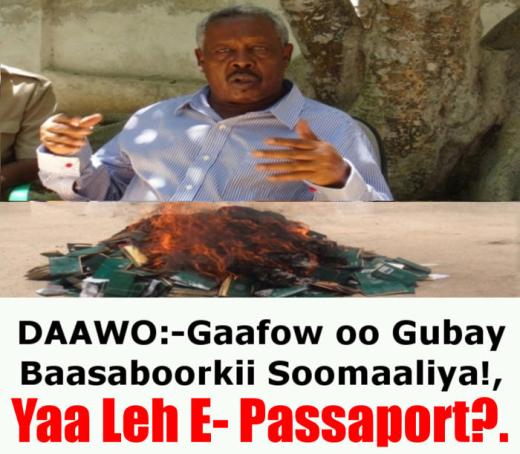